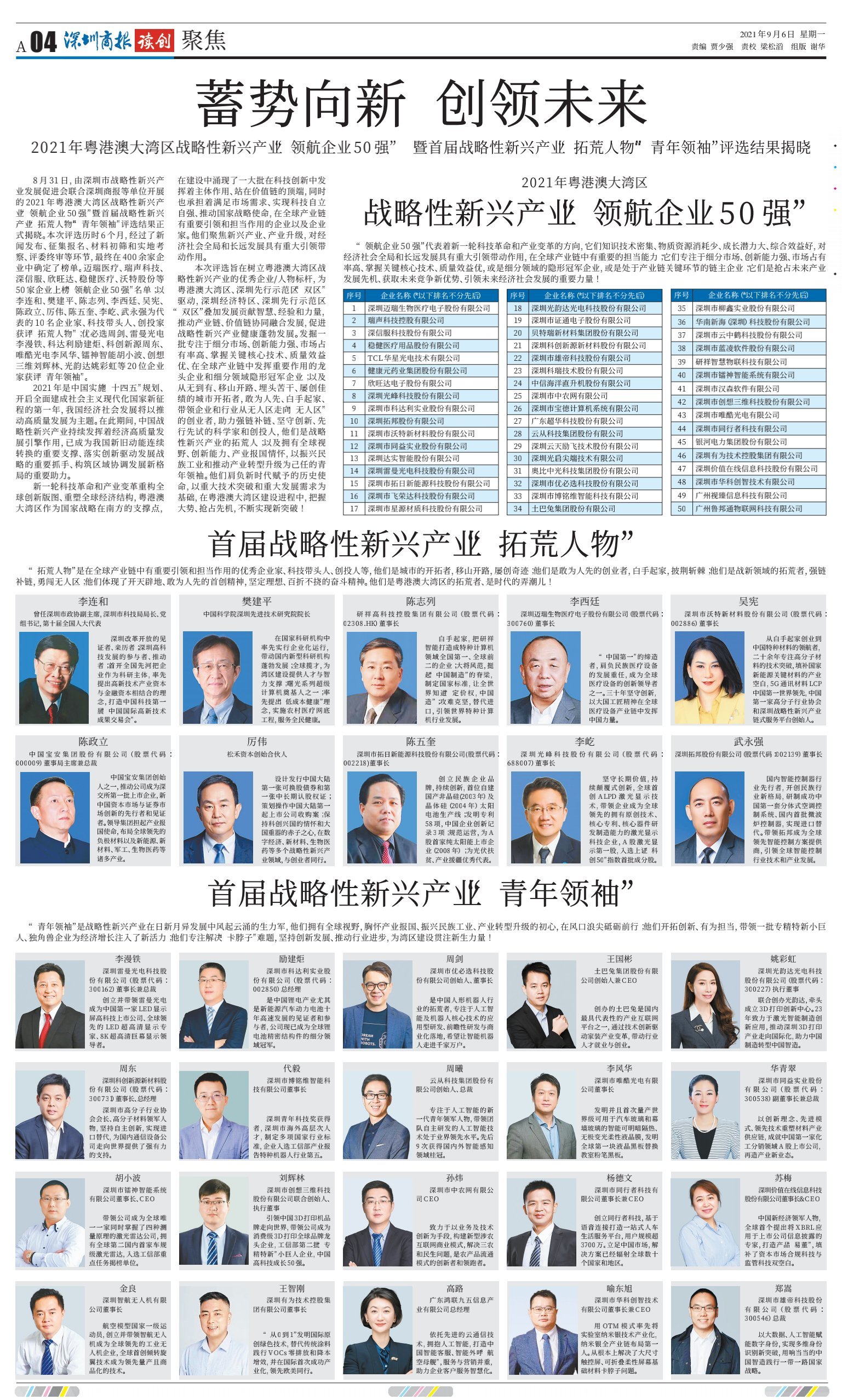 2021 is the first year of China's implementation of the 14th Five-Year Plan and the beginning of a new journey to build a modern socialist country in an all-round way, and strategic emerging industries play an important leading and responsible role in the global industrial chain. As the underlying key chain in the development process of the manufacturing industry, new materials play a vital role in the development of the entire manufacturing industry. For a long time, these key technologies have been in the hands of foreign countries, which has seriously curbed the development of China's emerging industries.

In 2014, Yu Dongxu co-founded Huake Chuangzhi with Professor Wen Weijia of the Hong Kong University of Science and Technology with the key "stuck neck" hard technology sentiment of development, and began to develop and develop, produce, sell and serve nanosilver and CPI new materials as the core.

After years of industry-university-research transformation, Huake Chuangzhi has achieved the diameter of nano silver wire as low as 8 nanometers, far better than 11 nanometers in the United States. The CPI technology and electrochromic technology developed by Huake Chuangzhi have also completed small tests, and the technology is at the forefront of the industry.

The honors of "Top 50 Leading Enterprises" and "Young Leader" in the Greater Bay Area New Industry Yu Dongxu were respectively awarded by Huake Chuangzhi and its chairman and CEO, which is a verification of Huake Chuangzhi's strong sense of social responsibility, strong core strength and strong industrial influence. "Using Chinese science to create a smart future", not forgetting the original intention, preparing for the new, Huake Innovation Intelligence has been acting.

Brief introduction of the selection project: