Experience sharing of scientific and technological achievements transformation丨Technology to the left, market to the right

Enter Huake and understand the successful transformation of scientific and technological achievements into the market. On the afternoon of October 29th, Secretary General Wang of the Research Institute of Shenzhen Huazhong University of Science and Technology and some representatives of universities and enterprises visited our company and carried out exchanges and discussions. As a typical enterprise for the successful transformation of scientific and technological achievements in universities, Huake Chuangzhi is honored to be the learning object of Huazhong University of Science and Technology. 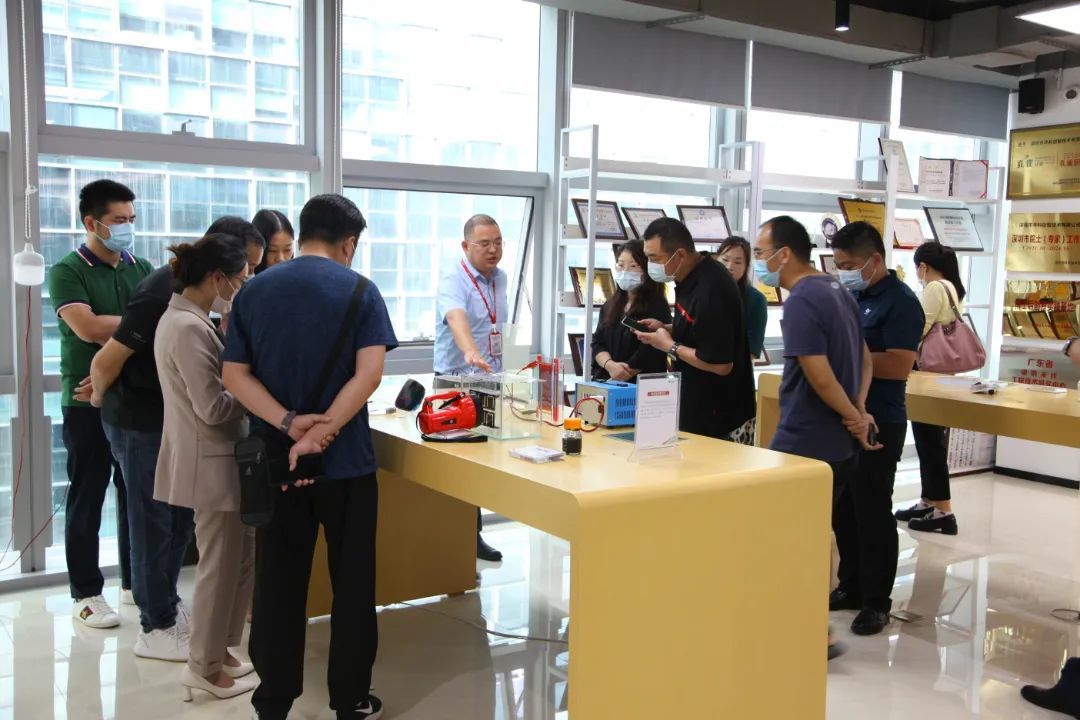 Under the leadership of the company's leaders, Secretary General Wang and his entourage first visited the exhibition hall of Huake Innovation and Intelligence to understand the development process of Huake Innovation and Intelligence, the founder of the enterprise and the many honorary qualifications obtained over the years. After being familiar with the historical breakthrough finally made by nano silver wire after many updates and iterations, the application of nano silver wire material in the field of capacitive screen and the application of CPI, electrochromic and perovskite new solar cells and other scientific research achievements have attracted great attention from visitors. Under the explanation and accompaniment of our representative, Secretary General Wang and others also knew and experienced terminal products such as capacitor integrated machine and smart blackboard, and expressed great affirmation of the transformation of scientific and technological achievements of Huake Chuangzhi. 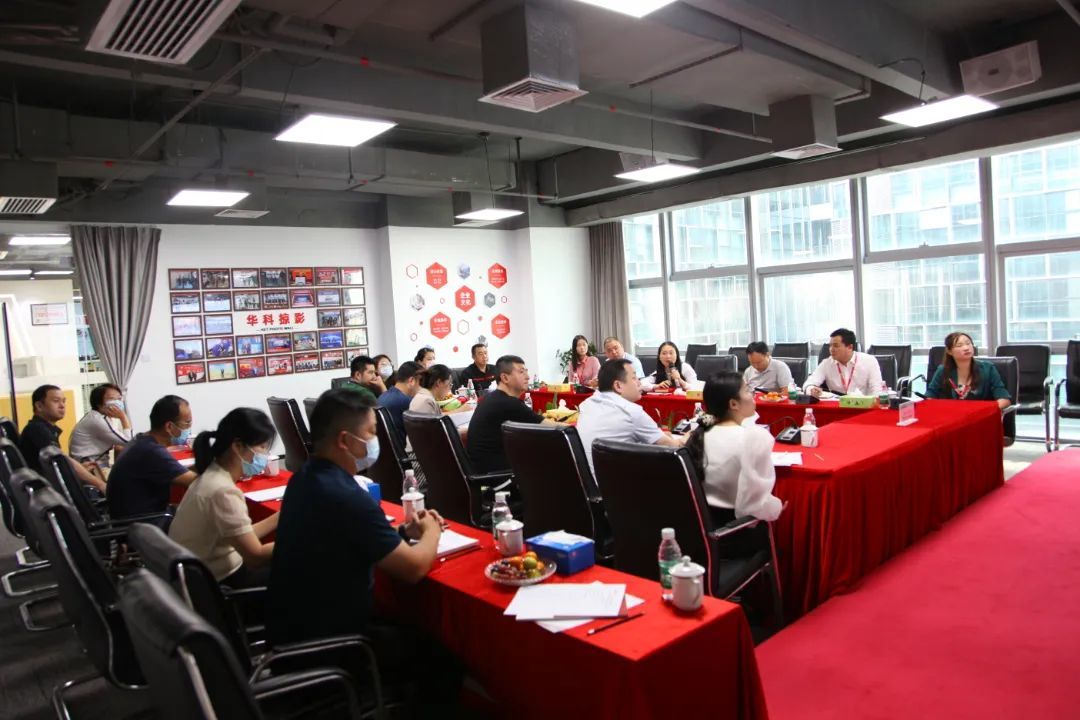 Subsequently, Secretary General Wang of Huazhong University of Science and Technology and his entourage held an exchange and sharing meeting with our leaders on the theme of transforming scientific and technological achievements in universities. At the meeting, Huake Chuangzhi took the three conditions of technology, market and capital as the starting point, and deeply analyzed how Huake Chuangzhi finally transformed its technological advantages into market advantages after eight years of hard work. Based on the core technology of nanosilver, Huake Chuangzhi has realized the world's only full-industry chain layout from materials, components to complete machines, not only a unicorn of new material technology, but also a "large-size capacitive screen brother", products covering education, commercial display, smart home and other fields. 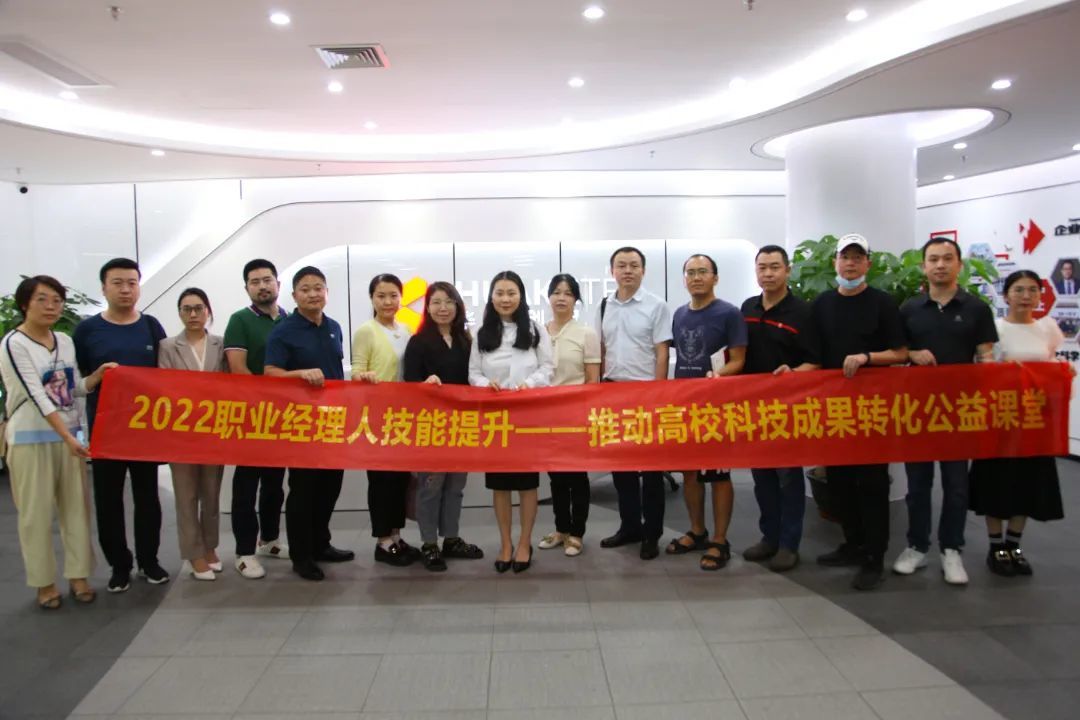 The success of Huake is based on its excellent scientific research and technology, but also requires accurate market positioning and clear strategic layout, and is inseparable from the support of the national government and investors. In the process of sharing experience in the transformation of scientific and technological achievements, our representatives also answered the questions raised by the delegation of Huazhong University of Science and Technology, and the two sides studied in exchanges and made progress in learning.

Enterprises should use scientific and technological achievements to serve the society and the public, so that science and technology can become the wings of enterprises. Today, Huake Innovation Intelligence (HKT) not only leads the world in nano-silver wire industrialization technology, but also strategically lays out five future technologies of CPI, electrochromism, perovskite, OLED preparation and lighting, and biosensors, covering all fields of people's daily life, such as smart home, consumer electronics, new energy vehicles, solar cells, robots, small and medium-sized touch screens, etc., creating more possibilities for human life.